Five reasons to race CHALLENGETURKU:
1. Memorable and fast race course
2. Warm and welcoming atmosphere in the heart of the historic city
3. Functional race center from the walking distance of the hotels and other attractions
4. Family friendly location with activities for all kinds of support teams
5. A true all weekend triathlon festival

The CHALLENGETURKU race weekend takes place in and around historic Turku in August with Junior, Sprint, Challenge4All and Middle Distance events. With guaranteed atmosphere, the race offers fast and functional courses.

Racing in Turku is a whole family experience. Race centre is at walking distance from the downtown hotels enabling flexible way to explore the city and its vicinity both by the athletes and by their family members / support teams

CHALLENGETURKU is a true city race in the very heart of Turku. With guaranteed atmosphere, the race offers fast and functional courses.

The 1.9km swim course is located at the river mouth where the whole swim segment can be followed from the riverbanks. The river hosts many museum ships and swimming has been described like a tour in an open-air museum.

The 90km bike segment will take the athletes across the city to the highway and through the surrounding countryside, where the race can also be followed from the many bridges crossing the route.

The 21km run heads along the river banks in the city centre where the whole community will be cheering and supporting the athletes!

Turku attracts tourists due to its history as the oldest city in Finland, Europe, its active cultural life and due to the extremely beautiful nature featured by the archipelago. The old capital of Finland is a vivid medieval city spread along the banks of river Aura by the Baltic Sea. The city is a destination filled with events and things to do, not to mention historic sights as the castle and the cathedral. Turku has been a source of the urban legends since 1229!

Being the host of many excellent restaurants representing wide spectrum of cuisines, Turku is ready to service all tastes and styles. 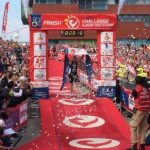 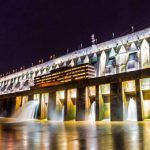