Discover the facts, videos and celebrations of triathlon over the last two decades of Challenge.

After terminating the Ironman contract in 2001, Quelle Challenge Roth was born under the leadership of Herbert Walchshöfer. The premiere was an instant success with media headlines such as “Roth remains Roth” and “The fans stay true to their triathlon”. Lothar Leder, the “King of Roth”, wins the race for the third time in a row with a finishing time of 8:17:25 hours and Nina Kraft took the women’s title in 9:12:41. 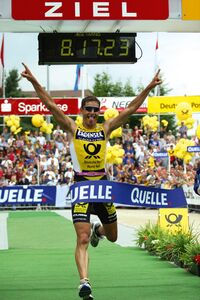 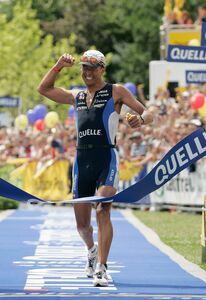 The first Team Challenge event outside of Roth takes place in Wanaka, New Zealand. The inaugural winners were Belinda Granger (AUS) and Luke Dragstra (CAN). Challenge had started its global expansion. 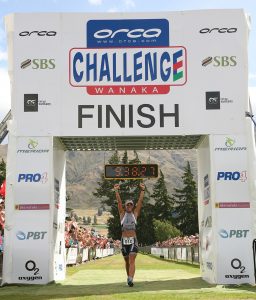 On 25 October 2007, the founder of Challenge, Herbert Walchshöfer, lost his battle with a serious lung disease. He left behind his wife Alice, and children Felix and Kathrin, along with a remarkable legacy that changed the face of long distance triathlon forever. This legacy is continued by his family to this day. 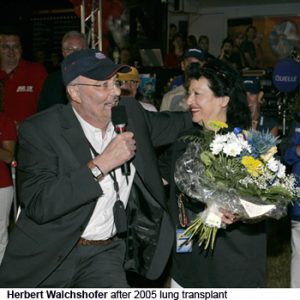 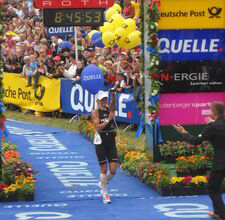 Chrissie Wellington smashes Yvonne van Vlerken’s record of 8:45:48 that was only established in Roth just one year earlier. With an unbelievable finishing time of 8:31:59, Wellington improves the record by almost fourteen minutes setting a new benchmark in women’s triathlon. 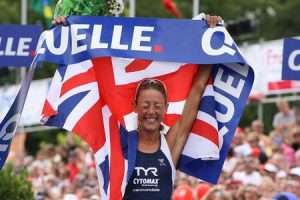 As the races series grows so the organisation evolves too. Team Challenge becomes Challenge Family, with its iconic logo incorporating the core values of vitality, passion, victory and inclusiveness.

Chrissie Wellington makes the unthinkable come true winning Challenge Roth in a new world record time of 8:19:13 beating her own world record of 8:31:59 hours. This was fast enough to earn her seventh place overall, beating many well-known world-class male athletes! 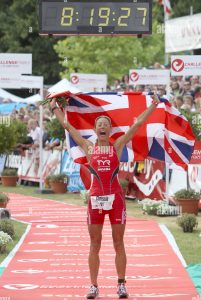 Double World Record at Roth
Chrissie Wellington and Andreas Raelert give Challenge a double world record. Andreas Raelert puts up an excellent fight and won his first race in Roth in a 7:41:33 hours while Chrissie Wellington beat her own record of the previous year by exactly one minute, and crossed the finish line in 8:18:13.
2013 - TAIWAN, ITALY, CANADA, THAILAND AND THE NETHERLANDS JOIN CHALLENGE FAMILY 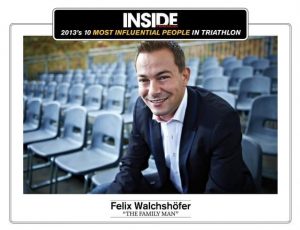 Challenge Family CEO, Felix Walchshöfer, named in Inside Tri Magazine’s Top 10 Most Influential People in Triathlon in the USA for the second year in a row, despite still not yet having a Challenge race stateside.
2014 - USA, BAHRAIN, PHILIPPINES, BRAZIL, SARDINIA AND MALLORCA JOIN CHALLENGE FAMILY 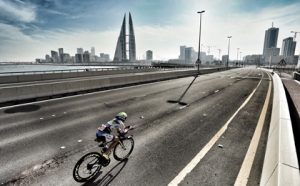 In order to promote safe and fair racing, Challenge Family set new standards and introduced a 20m draft zone for pro athletes, with 35 seconds passing time with Challenge Bahrain the first race to feature it. In addition Challenge Family listened to the female pro athletes’ comments and implemented a separate start from the pro men and a 30 minute gap to the following age group men, ensuring the race is truly their own.

After more than a decade developing Challenge Family, Felix Walchshöfer makes the decision to step back from the global series to concentrate on Challenge Roth. However, the Walshchöfer family continues to oversee Challenge Family in support of incoming CEO, Zibi Szlufcik.

“At Challenge Family we’re all driven by the same thing that drives athletes: the passion to push limits, to perform at our best and to enjoy what we do in style,” said Szlufcik. “As has been illustrated at each of our 31 events, Challenge Family goes above and beyond with the highest possible respect for the legacy of the triathlon community. And through our races, we are creating innovative platforms for sustained growth together with our partners sharing our ethical values and morals. Our objective is nothing less than quality leadership with 100% athlete focus.” 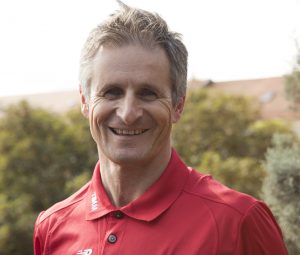 Challenge Bahrain Breaks New Ground
The greatest field of the time ever seen over the half distance, including multiple Olympians and world champions, all competing for the greatest prize in triathlon. Helle Frederiksen and Michael Raelert took top honours in the first of the big money prize purses at US$500,000.

Birth of the PTU (now PTO)
Extract from a letter from Challenge Family CEO, Zibi Szlufcik to then President of the PTU, Richard Allen.

“We wish to congratulate you on bringing this Union together and acknowledge the enormous effort it has taken. We feel very proud to have instigated this process with the Athlete Forums at Challenge Bahrain and Challenge Dubai, playing a part in assisting to lay the foundations for the group’s emergence. Challenge Family is committed to improving the standard of triathlon and the professional athletes standing for the betterment of our sport.”

It is widely acknowledged the roots of the PTO stem from that first Athlete Forum facilitated by Challenge Family in Bahrain in 2014.

THE CHAMPIONSHIP IS BORN 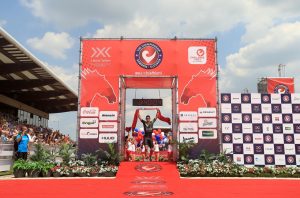 On 3 June 2017 the inaugural The Championship was one by Lucy Charles-Barclay and Lionel Sanders. Based at the iconic Olympic training centre, the x-bionic sphere in Samorin, Slovakia, The Championship was established to bring together the best of the best at both an age group and professional level.

“At Challenge Family we’re driven by the same thing that drives our athletes: the passion to push limits, to perform at our best and to enjoy what we do in style. The Championship embodies this and it is our goal to set the new standard in triathlon.” Zibi Szlufcik – CEO Challenge Family.

The ‘Daytona-Distance’ Established
A new distance and a new style of racing around a NASCAR race track was established by Challenge Family in 2018, following on from the success of using a Formula 1 track at Challenge Bahrain and Challenge Daytona was born!
2019 - CHINA AND SOUTH AFRICA JOINS THE CHALLENGE FAMILY 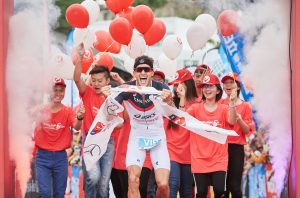 ESTABLISHMENT OF THE WORLD PRO BONUS

The Challenge Family Pro Athlete World Bonus initiative was established to provide professional athletes with the opportunity to race for a share of a US$150k end-of-season bonus as well as the prize purse at races. The World Bonus pays five deep across both men and women.
2020 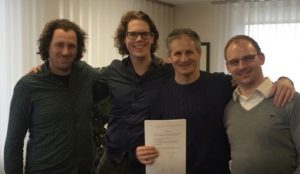 It was all change at the top as Jort Vlam took over from Zibi Szlufcik as CEO, in partnership with Richard Belderok and Jefry Visser. The HQ moved from Germany to The Netherlands. And then COVID struck – undeterred the new management team worked hard to keep races afloat and athletes engaged.

Just four races were able to take place in 2020.

A RETURN TO (RELATIVE) NORMALITY 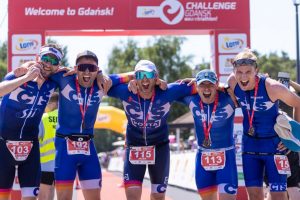 Challenge Family entered 2021 with a commitment to bringing the opportunity to race back to the triathletes, despite the considerable protocols that needed to be followed due to the pandemic. It was also important to provide the pro athletes with the ability to earn a living. By the end of the year, 22 races out of 34 had taken place, including 18 pro races.