The CHALLENGEFAMILY Christmas Promotion achieved a huge response from athletes all over the world. We’d like to take this opportunity to relay some of their special stories, since all athletes have their own personal motivation, special goals and are surrounded by certain people who support them in making their dreams become reality. 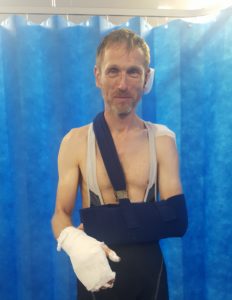 When Adrian Jelley was training for his first long distance race in July 2017 he was not aware what challenge he was about to face. He had been training for almost a year when he did his last long bike ride before he began his taper for the race. His training ride ended with a horrible crash, because a car driver went straight into him. Adrian suffered broken ribs, collar bone and fingers along with a damaged shoulder, cuts and bruises. He obviously didn’t race, and it took over a year to get back to ‘almost’ full recovery. But Adrian didn´t give up, got back into training and still hoped that one day he would finally enter a long distance race. In August 2018, his wife was lucky enough to purchase one re-released slot for CHALLENGEROTH this year. Additionally she entered the CHALLENGEFAMILY Christmas Promotion and was more than happy to give Adrian the chance to race CHALLENGESALOU. “After competing in Salou a few years ago we knew it was a great place to race and perfect timing for Adrian to see how his training is going for Roth”, says Adrians wife. 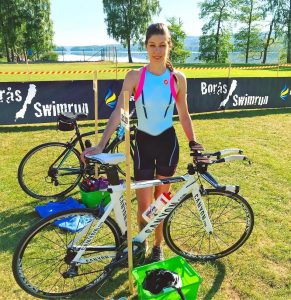 Karina Gansone has overcome so many hard challenges in her life, that winning a slot for CHALLENGEPEGUERA-MALLORCA just rewards her attitude of always staying positive. While she was training for her first long distance triathlon she suffered a stroke due to the lyme disease and just when she was recovered, she faced an even greater setback. Right in the preparations for CHALLENGEPEGUERA-MALLORCA last year an aneurysm was found in her brain and she needed a surgery. Luckily she fully recovered and feels better than ever. “I´m healthy and strong and ready to train and race again”, says the 33-year old, whose living in Sweden with her husband. “I think my journey is good example that with your passion in life you can overcome every obstacle and come out stronger, wiser and more dedicated than before.” You can also follow her inspirational story on Instagram: karina_tri_ 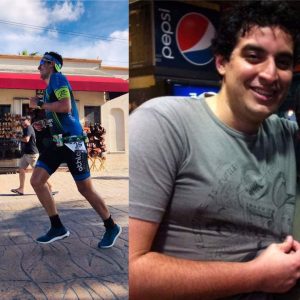 One of the most inspiring stories is from Ronny Matamoros. He started doing triathlon after complicated surgery three years ago when he watched a long distance triathlon on TV. Back then he weighed 117 kg, but has since changed his lifestyle completely and was able to finish his first long distance race in November last year. “I’m registered for Roth and in preparation I told my family that I would love to compete in CHALLENGECANCUN. My aunt posted my name for the free slot. I love triathlon and always tell everybody that everything is possible if you dream it and fight for it,” says Ronny. 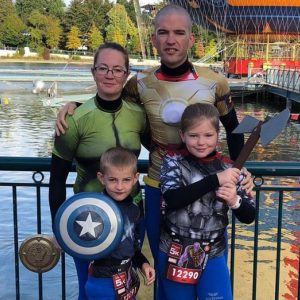 Marie Moreau is the driving force behind her husband and Christmas Promotion winner Damien Lejeune. Together with their two children, they both love to travel and compete in endurance races. After suffering a heatstroke at CHALLENGEGERAARDSBERGEN last year, Damien has some unfinished business to do in 2019. “CHALLENGEGERAARDSBERGEN will be the saison highlight for us. After racing the Paris Marathon and doing the Etape du Tour cycling race, this is our big goal for 2019”, says Marie. And moreover the whole family has the opportunity to visit the region of Geraardsbergen. You find more stories from them on their blog www.geekandsport.be. 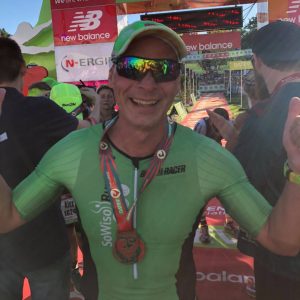 Lars Wisoschinski from Germany is one of these athletes and looks forward to racing CHALLENGEHEILBRONN this year. He has been passionate about triathlon since his first race seven years ago and was really surprised when his friend Dirk Kunze nominated him for the Christmas Promotion: “My friend Dirk competed in 2017 and told me about his great experience in Heilbronn. After I finishing my first long distance at CHALLENGEROTH Iast year he wanted to make sure, that I am still focused on my training and stay in shape!”