Wow! What an epic race Challenge Roth is. I think it’s my favourite race in the World. I’m pretty sure it’s the best race in the world!

If you haven’t heard of Challenge Roth, I’m assuming you’ve been living under a rock for the last 35years! Yes, 35years. This year in 2018, Challenge Roth celebrated 35years, and it was another incredible race and event.

For 50weeks of the year, Roth is a small, quiet town in the Bayern region of Germany. It’s about a 30-40minutes drive from Nuremberg, where you can fly into. Or there are the larger airports of Munich and also Frankfurt that are only a few hours away. 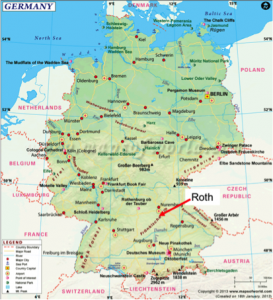 Challenge Roth is the Challenge Family, flagship event. The biggest and best Triathlon event in the World? Have I said that before? Am I biased? Totally! It’s just amazing. I don’t think I’ve been to a triathlon event where there is the level of support from the locals and community, that exists in Roth. That everyone, genuinely welcomes the event to their towns and villages and welcomes all the athletes. Accommodation is sparse in this region of Germany, but there are plenty of options still, with a huge homestay network, where locals open their homes to athletes, Pros, age groupers, officials. I’ve stayed with the same home stay family the past three years and won’t go anywhere else, and my parents with another home stay family for the past two years. There’s also the very European camping options, and the fields around the swim start are opened up to competitors who arrive with their caravans, vans and tents. It makes for a pretty fabulous spectacle. There are hotels a little further afield but it’s all pretty easy travel. There is also an option to sign up with Tri Travel, and then all this side of things is taken care of for you and removes the stress. 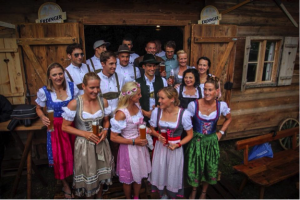 Challenge Roth is a festival of events over several days. It kicks off with the Erdinger Party on Thursday night. As a Professional we have the honour of being dressed in traditional Bavarian dress, so Dirndl’s for the women and Lederhosen for the men. There is also a 10km night run from Hilpolstien to Roth on Thursday night. Friday is the Welcome Function, and then in the town they have a huge music festival for all the locals and of course any athletes that wish to attend. Saturday kicks off with the kids triathlon, and also the Women’s Run. A 5km run just for women, with a sea of pink encompasses the park. I love this event and it’s amazing to see all the support that the women receive on this morning. There’s so much more going on too, as the expo is the biggest and best I’ve ever seen, and this year with the World Cup they had a huge screen set up in the beer garden. I hope they keep this for next year.

The swim is in the Main Donau Kanal, just a little north of Hilpolstein. (It’s about 10km from Roth itself.) Race morning at the canal is an incredible moving experience. The banks of the canal are packed and the bridge rammed with spectators and supporters grabbing their spots. On the far side of the canal, huge hot air balloons are sitting, waiting to lift off as the cannon fires to start the race. It’s the music that always gets me though, with a soundtrack they play that is calming, soothing, motivating, and gives me goose bumps. 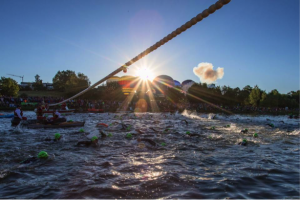 The bike then completes two loops around the region, before a 10km section back to Roth and T2. It’s fast, and often athletes arrive assuming that means it’s a flat course, far from it. Challenge Roth bike course has some decent climbs and hills, but it’s fantastic road surface, and also long sections of negative gradient, which with the right wind has you whistling along. Of course there is then the famous Solarer Berg. An incredible experience as you turn the corner to just a wall of people in front of you. The noise is so intense, but you can’t help going up with a smile and such a buzz as people move out the way leaving you a single track to ride up. It’s really something else. 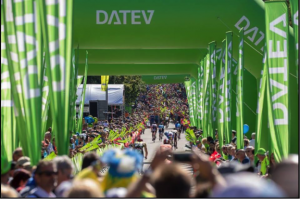 The run course starts in Roth, and of course finishes in the incredible stadium at the Triathlonpark. The run course has slightly changed the last three years I’ve raced, and this year was a combination of the previous two. Starting as normal and heading out to the canal and then hitting 20km along the canal front, on compact track, where if you can hit your rhythm and stride you can motor along. You then head back to Roth and run through the town square on the cobbles before heading out in the opposite direction through a shaded tree lined, rolling road to Büchenbach. The atmosphere at Büchenbach is like another Solarer Berg, and is just a crazy party atmosphere that carries you round the pond and gives you a final boost for the last 4-5km to the finish. 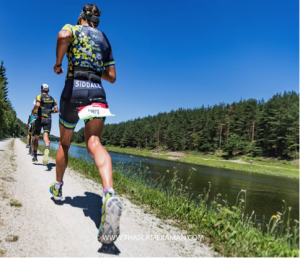 What can I say about the finish, the stadium… just simple the best finish line in the World. Challenge Roth is unique and has grown a well deserved reputation with the finish line it creates. The build up to the finish line is pretty awesome too as your final few kilometres on the run are back through the town centre of Roth. You can almost hear the stadium atmosphere pulling you home. On entering Triathlon Park, you start down the traditional finish chute, which cuts through the food trucks and beer garden and is lined with spectators and supporters. But it is as you head under the Media Tower that the magic really happens and you first step foot into the stadium.

This results in you running three sides of a rectangle, packed with supporters around the edge before you take those final few meters across the finish line. What this stadium gives, with it’s capacity for over 10,000 spectators to watch, is energy and inclusion and involvement. For the spectators they get to see athletes for more than just the seconds they run past. They see their whole path in the stadium and across the finish line. It’s much more involving than your normal finish chute. It also creates this cauldron of energy and atmosphere as the hours tick on and night falls.

For the athlete they get a truly amazing finish line experience, almost giving them the opportunity for a lap of honour as they finish the race. At the finish line you are greeted by The Walchshoefer family and more amazing volunteers, as well as friends and family. They encourage teams to cross together, they encourage you to run round the stadium with your family, your children, your supporters. As the night falls the place is lit up with flames, glow sticks, sparklers and the most amazing fireworks at the end of the night. It’s a truly magical and special place. 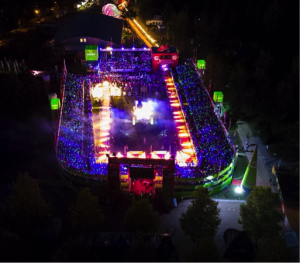 This was my third year racing Challenge Roth, and it won’t be my last either. I just love this race and the people here.

It was a strong field and I knew I’d have to step up my racing to replicate the result of better from my second place in 2017. However, I felt in a good place, mentally and physically.

Another great plus about Challenge, and Challenge Roth, is that they listen to the athletes and are constantly looking to work with the athletes to make the race better and the experience better. For this year it meant separate starts for the Pro Men, Pro Women and then the sub 9hour athletes with an 8min gap back from the women. 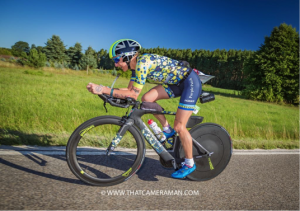 My swim was pretty solid, coming out with some of the other main players. Unfortunately, over the 180km bike, my legs did not want to play, and I struggle to find the power and flow. But the amazing crowds and the fact that this is Roth, carried me to T2. I was therefore a little surprised to hear I hadn’t lost as much time as I expected to the front during the bike. I started the run in 5th, but 90seconds behind 4th. This gave me some confidence, that had been diminishing on the bike. The run, in comparison to my bike was a different story. I felt controlled and running well. I could see 4thplace ahead and that I was reeling her in, and I moved into 4that about 11-12km. The run was great, with the mix of the canal and then through Roth and out to the craziness of Büchenbach. Whilst I was moving well, I couldn’t quite close the gap to third, although we were both closing the gap to the first two women. By the finish line, Daniela Saemmler, snatched the win, over Lucy Charles just nine seconds back, Kaisa Sali finished in third, and I was forth. There was just five minutes between the four of us by the finish. Congratulations to Danni, Lucy and Kaisa and to everyone who raced! 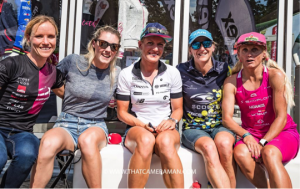 Challenge Roth is the best race in the world! I can’t wait to get back there in 2019! 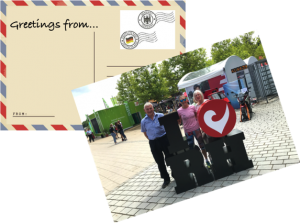