Challenge Samarkand Triathlon takes place in the magnificent ancient city of Samarkand, one of the most important Silk Road cities at the crossroads of world cultures for more than two millennia.

About the Local Area

Samarkand is the second largest city of Uzbekistan and is the same age as the cities of Babylon and Rome. Samarkand has a powerful beauty and poets and historians of the past called it ‘Rome of the East’, ‘the beauty of sublunary countries’ and ‘the pearl of the Eastern Muslim World’. Today Samarkand is a treasure-trove of unique antiquity and spirit. It is included in the UNESCO World Heritage List due to the abundance of material and spiritual values. Unique monuments of ancient architecture, heritage of scientific and arts schools plus artisan workshops are attracting increasing numbers of visitors from around the world.

Challenge Samarkand Triathlon starts with the single lap 1.9km swim from the pier of one of the largest purpose-built rowing centres in the world. Athletes will swim in the purest running mountain water.

The bike course is two laps and 86km. It begins in the Silk Road Samarkand tourist complex , then athletes will travel back in time, passing ancient monuments and observing the unique contrast of modern architecture and ancient monuments of the 14th-15th centuries. These include a monument to the King of the 14th century Amir Temur, sitting on the throne; the main attraction of Samarkand is the Registan Ensemble – one of the most famous monuments in Central Asia; the architectural monument of Bibi Khanum, built in 1399-1404; the ancient market Afrosiab and many more. Then athletes will also travel through the streets of modern Samarkand.

The four-lap 21.5km run course takes is entirely in the modern tourist complex of Silk Road Samarkand, around the picturesque rowing canal, enveloping the Eternal City. 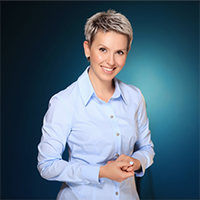 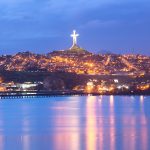