The ability to tackle brutal climbs and be fearless on the steep descents on Challenge Sanremo’s stunning but technical bike course proved the winning formula for Gregory Barnaby (ITA) and Emma Bilham (SUI) who took out the titles at today’s inaugural race on the Italian Riviera.

The day started with a single lap 1.9km swim in the Mediterranean with Sven Thalmann (SWE) exiting the water first in 21:21, closely followed by Pabalo Dapena, fresh off the plane from his race at the PTO US Open in Dallas although sadly a mechanical early in the bike ended his dreams of victory at Sanremo. They were followed and soon caught by a large chase group that included Barnaby, a group that largely stuck together through the smaller climbs until the big 17km up to the Ghimbegna Pass. The bike certainly lived up to expectations with its long climbs and fast downhills but it was the Ghimbegna Pass climb that proved to be the turning point of the race with a fierce battle between Mennesson and Viain on the uphill and a battle of the nerves on the descent as they both reached speeds of over 85kph. Mennesson was first off the bike, with Viain just seconds behind and Barnaby a further three minutes down. And so the battle on the three-lap run began. In contrast to the bike, the run was dead flat with the unique feature of a 1.8km tunnel, offering welcome respite from the heat. Viain owned the run from within the first kilometre and while Mennesson was only seconds behind, it seemed as though Viain’s lead was never under threat. However, behind them Barnaby was slowly closing and in the final kilometre he found his legs and sailed past both Menesson and Viain to take the win in 4:11:59. Mennesson came in second in 4:12:15 with Viain rounding out the podium in 4:12:43.

“It was incredible to win, I can’t believe it,” said Barnaby. “I was a few minutes back on the bike and even the first lap of the run I couldn’t gain anything but then I saw I was catching them on the second and third lap and I really started believing I could win this race and I caught them in the last kilometre.” 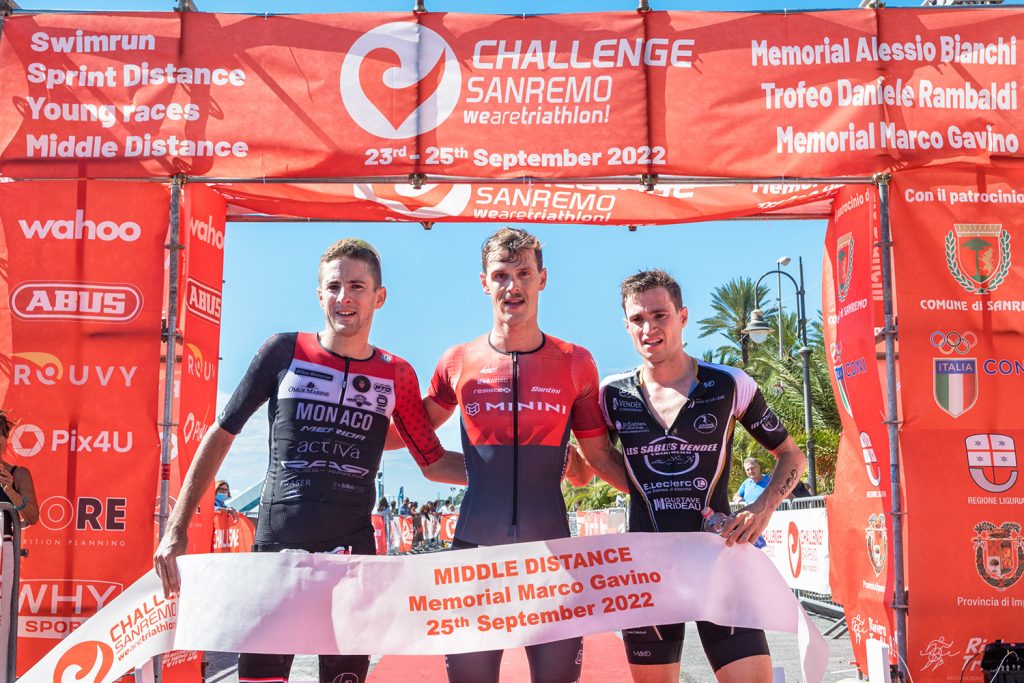 In the women’s race, newcomer Alanis Siffert exited the water first and she took the early lead on the bike, followed by Lucy Byram and Justine Guerard. At the start of the first climb, the chase group, led by Bilham closed the gap with Bilham heading straight to the head of the race. As the women, tackled the steep climbs and descents, the lead interchanged between Bilham, Guerard and Siffert, Byram slipping off the pace. But again it was the Ghimbegna Pass that set Bilham apart from her competitors, not only for her fierce climbing but also her gutsy descents that left even the media motorbikes in awe. She entered T2 with a four minute lead over Berlinger and Guerard. On the run Bilham maintained a constant steady cadence that took her to victory in 4:50:10. Behind her, Guerard took second in 4:54:26 and another late surge, this time from Jeanne Collonge, saw her take the final spot on the podium in 4:57:13.

“I loved it!” said Bilham. “It was exactly the time of course I love – it’s up and down and it’s so technical –  you have to be on it from start to finish. I knew the technical sections would play to my advantage, especially as it was still wet. I know a lot of the girls on time trial bikes, they’re not used to riding hills like this. I live in the mountains so I do that every day and that was my only chance I think as there were some super strong bikers, swimmers and big runners. I surprised myself on the run as I pushed so hard on the bike, I didn’t know what was left on the run.” 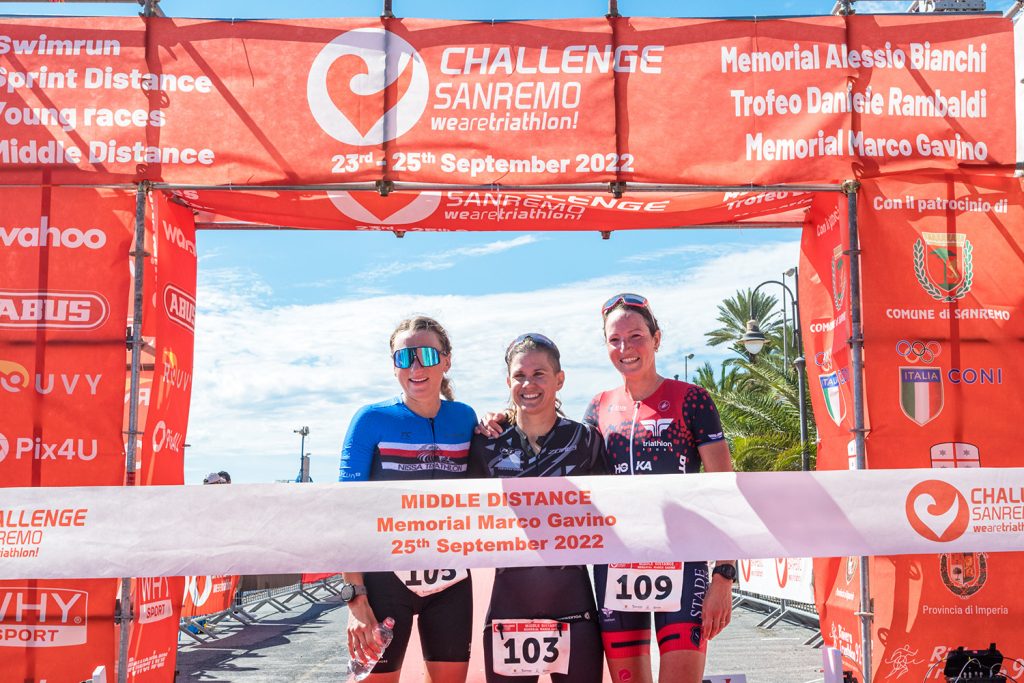