The couple that got married during Challenge Cerrado will travel to and race Samorin and Roth, while dressed in their bridegrooms suits

This couple is crazy about triathlon, no one has doubts about it. After all, Raquel and Rodrigo chose the finish line of the Challenge Cerrado, on April 22 in Brasilia, to say yes and formalize their matrimonial union.

After Challenge Cerrado, the couple felt like they wanted more than just the “rain of rice” in their arrival in the Brazilian Challenge Family race in Brasília. After their half distance race in April, they then planned a honeymoon at the same level of their affection for the sport: the two triathletes were seeking after which Challenge Family races they would join together for their honeymoon. That was when they discovered Samorin in Slovakia in June, and a month later, Roth in Germany.

Once they formalized the marriage, they updated the training worksheets and went back to intensify their training focusing for an unforgettable honeymoon.

The travel agent Raquel Lopes, and now husband Rodrigo Pinto will be travelling to Europe on May 29th to Samorin, and arrive in Germany for Roth’s test on June 28.

When asked why they would marry in a triathlon event, the two were categorical: “Our love started during swimming training sections, it’s fair to celebrate everything during a triathlon competition, in which all the sports categories are united in the form of a triathlon.”

The two met during the swimming sections training, and found out that more than their affinity as a couple, the two had the same love for the sport. That was when they began to challenge themselves: “When he asked me to marry, he joked that I would marry only if I did a full distance triathlon: 3.8k of swimming, 180k of cycling and 42k of running: “In love, I set myself to do it “- confesses Raquel.

The couple began dating four years ago, Rachel was already training for triathlons, and Rodrigo was just a newbie starting to fall in love for the sport: “We are great partners in training and one helps the other, each one in they own rhythm” – reveals Raquel.

The symbolic wedding ceremony in Brazil was celebrated by the father of the bride and gathered friends, family and even had the audience as a witness: “It was unforgettable, I could never imagine such emotion” – recalls Rachel. 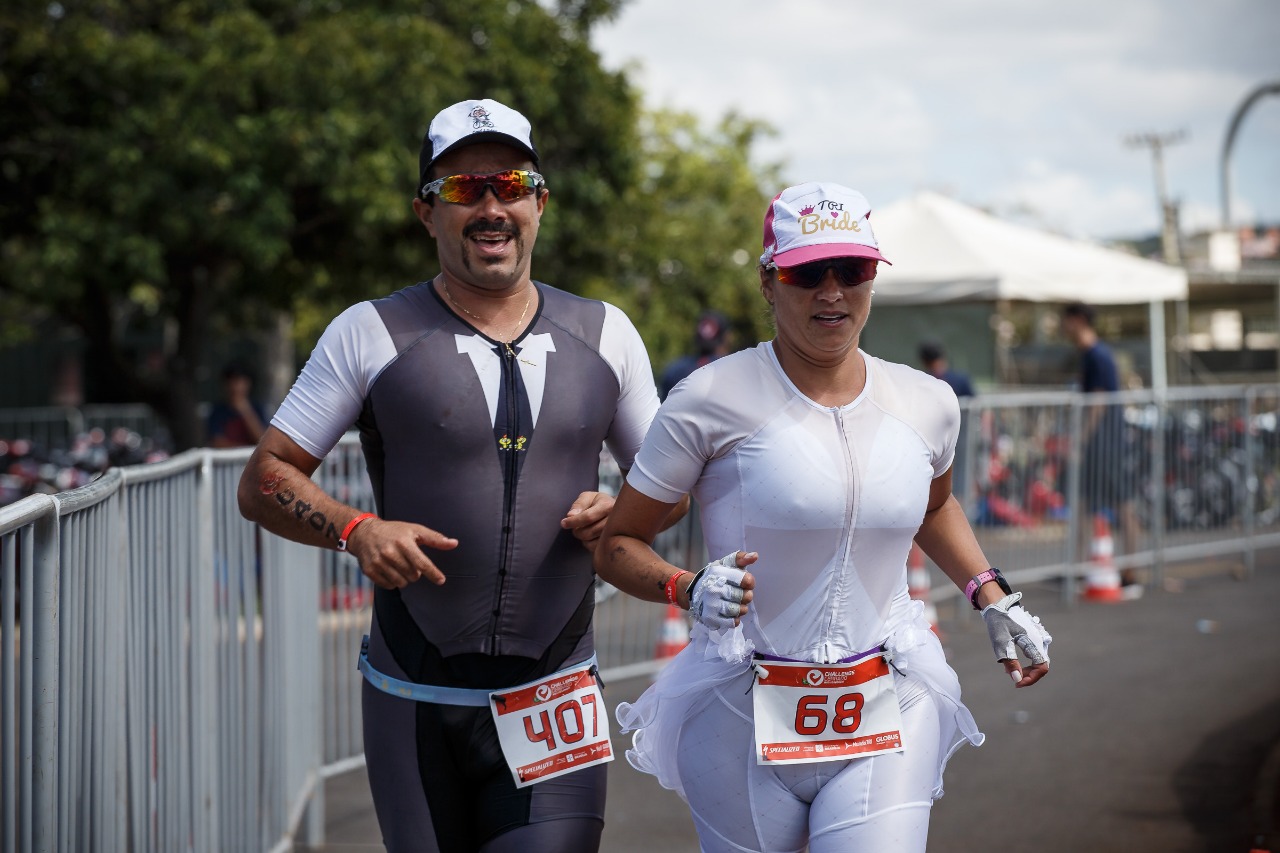 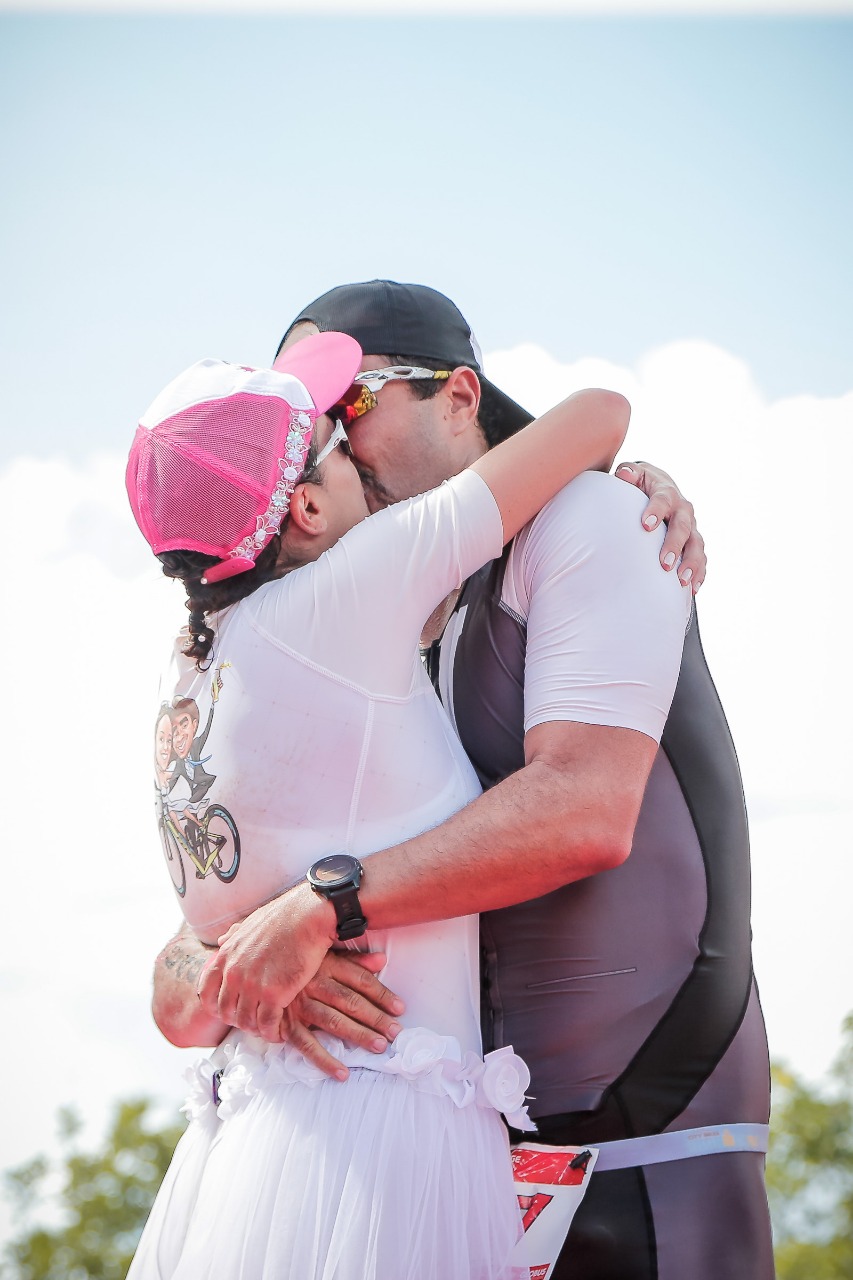 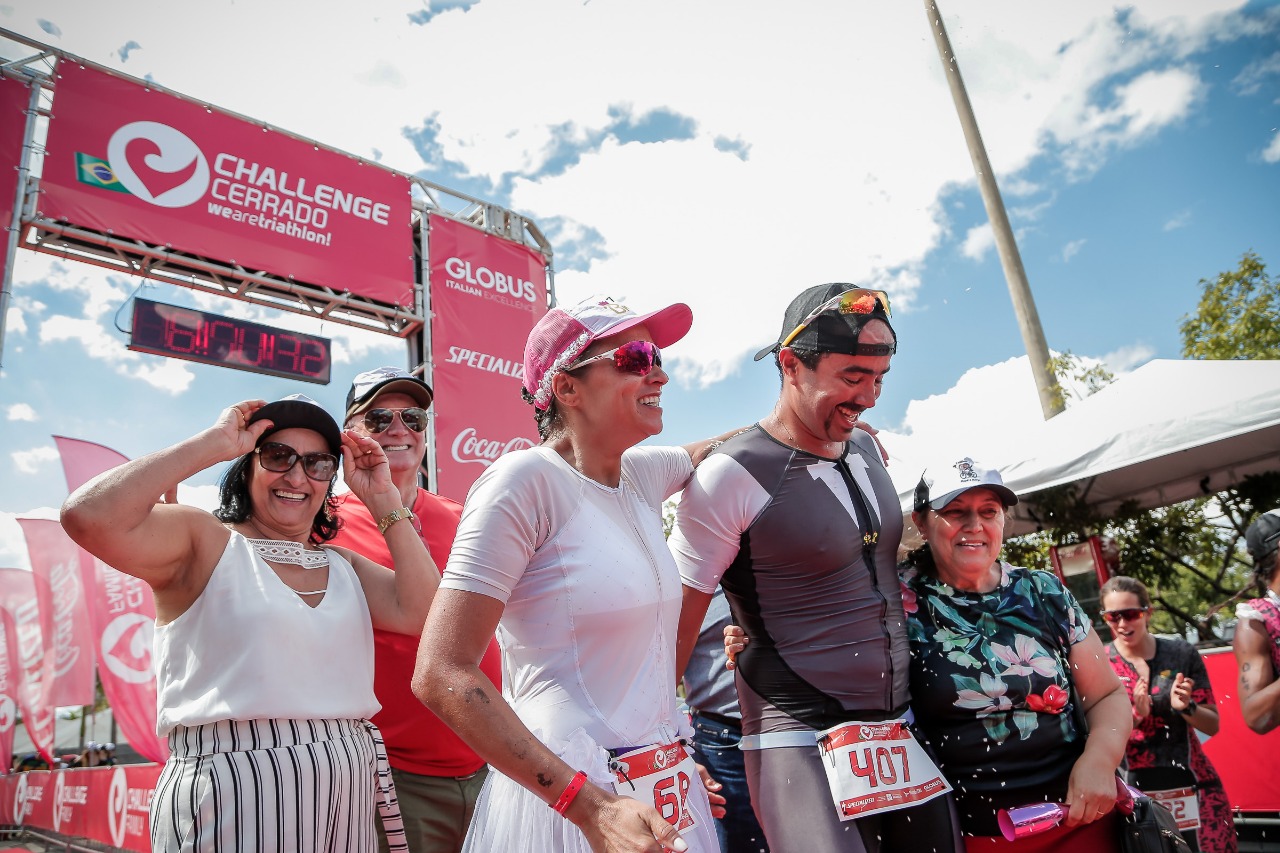