Radka Kahlefeldt closes in on the lead in the CHALLENGEFAMILY World Bonus after victory in Davos, Pieter Heemeryck strengthens his leading position

With only four races to go – CHALLENGEMADRID, CHALLENGEPEGUERA-MALLORCA, CHALLENGECHINA and CHALLENGEDAYTONA – it’s getting very exciting in the women’s CHALLENGEFAMILY World Bonus ranking. With a victory at CHALLENGEDAVOS, Radka Kahlefeldt is closing in on current leader Daniela Bleymehl. There’s now only a gap of 50 points between them. Pieter Heemeryck’s superb win at Davos strengthens his position further and puts him in a comfortable lead in the men’s rankings.

Pieter Heemeryck continues to lead the World Bonus with 1650 points, ahead of Andreas Dreitz with 1050 points and Romain Guillaume, currently in third position with 950 points. Albert Moreno Molins, who came second in Davos and earned 200 points, is now in 33rd place with 240 points in total. Ruben Zepuntke came third at CHALLENGEDAVOS and earned himself 150 points to put his total to 300 and is now 22nd in the men’s ranking.

Matthew Trautman made a massive move up the ladder with his spectacular win at CHALLENGEALMERE-AMSTERDAM. His full distance win in the Netherlands and new race record of 7:50:15 earned him 750 points for the World Bonus ranking. Trautman is now in 5th position. Kristian Hogenhaug came second and was crowned the new European Champion. He added 600 points to his total and is currently 4th on 800 points. Thomas Renc came third, earned himself 450 points and is now 13th in the rankings at this crucial point of the season.

You can check the current male rankings here: https://www.challenge-family.com/world-bonus/

It’s getting exciting in the women’s ranking

CHALLENGEALMERE-AMSTERDAM was even more spectacular thanks to Yvonne van Vlerken’s amazing victory. The popular long distance athlete didn’t just take the win, but also claimed the European and National Long Distance title and earned herself 750 points. With a total of 900 points, she now shares 5th place in the rankings. Lina-Kristin Schink increased her total to 760 points and moves up to 8th position after coming second and earning 600 points in Almere. Sarissa de Vries came third and earned her first 450 points of the season and is now 11th in the rankings.

Daniela Bleymehl still leads the CHALLENGEFAMILY World Bonus with a total of 1450 points, even though the German athlete chose not to race this weekend. Radka Kahlefeldt’s victory at CHALLENGEDAVOS earned her a further 250 points and with a total of 1400 points, she’s in second position, only 50 points behind Bleymehl. Emma Pallant increased her total to 800 points by coming second in Davos and is currently 7th place in the rankings. Lisa Roberts came third putting her total at 1165 points and is in fourth position in the rankings. Lucy Charles didn’t race this weekend, but is still in third place with 1250 points.

You can check the current female rankings here: https://www.challenge-family.com/world-bonus/

CHALLENGEFAMILY has introduced a pro athlete bonus scheme to its races. The initiative provides professional athletes with the opportunity to race for a share of a USD 150,000 end-of-season bonus as well as a prize purse at the races. The USD 150k bonus will pay five deep across both men and women with the top ranked pro taking home $30k, second will earn $20k and third will win $14k, fourth $8k and fifth $3k. Ranking will be decided through a points system based on placings earned. 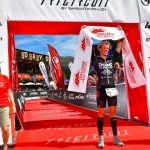 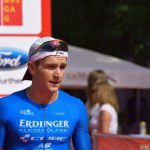 Races over Races – News from FredericAmbassadors, News
We use cookies to ensure that we give you the best experience on our website. If you continue to use this site we will assume that you are happy with it.Ok