Stunning wins from Mika Noodt (DEU) and Sara Perez Sala (ESP) marked this weekend’s Anfi Challenge Mogán-Gran Canaria in a day that was not without its surprises.

In the men’s race, Andrea Salvisberg (SUI) led out of the water in 25:28, just two seconds ahead of British Olympic double medalist, Jonathan Brownlee and 21-year-old newcomer Noodt. On the bike, Brownlee initially led but Noodt soon made it clear youth and inexperience was no barrier to speed, quickly taking the lead and keeping his more experienced peers, Salvisberg, Brownlee and Clement Mignon (FRA) at bay for the entire bike with the positions never changing until the last kilometres when Brownlee dropped to fourth, starting the run 20 seconds down from Noodt, Salvisberg and Mignon. While many may have expected things to change on the run, they didn’t! Noodt held his own, dropping Salvisberg and Brownlee, leaving only Mignon in contention for the win. However, Noodt was too fast for all of them, taking the win in 3:43:36, followed by Mignon in 3:45:01 with Salvisberg rounding out the podium in 3:48:43. 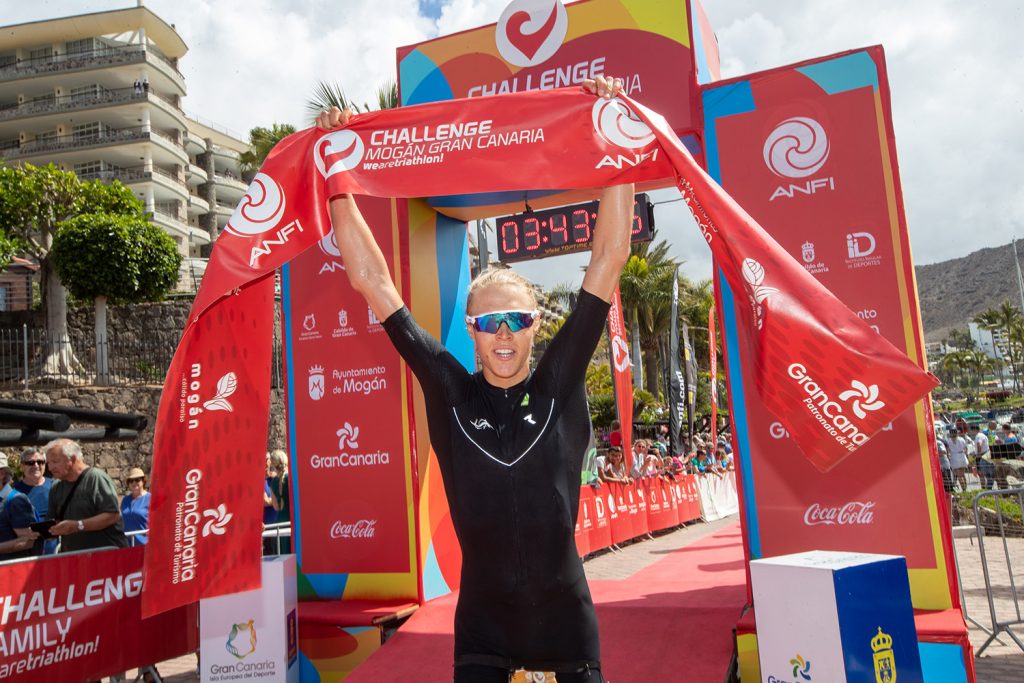 “It was brutal!” said Noodt. “The swim and bike were fine but on the run it was full gas, I never had more than 15 seconds gap and I was suffering! Once I was at the front I was pretty sure I could stay there. I’m super tired but over the moon, so happy! Now I can prove I’m not just a one race wonder!”

Brownlee finished in ninth saying after the race, “The lights went out after three hours, I just had absolutely nothing coming off the bike. I was training really well, perhaps I got too dehydrated on the bike, I just couldn’t get enough water in. Congratulations to everyone. I wanted to finish to respect the race – the support was amazing, the whole event is great but I wasn’t racing by the end!”

In the women’s race, there were no surprises with Lucy Buckingham (GBR) leading out of the water in a time of 26:00 with local favourite, Perez Sala, hot on her heels just two seconds down. The two of them continued to take turns in the lead throughout the bike course, while behind them the battle was taking place. Nicola Spirig (SUI) spent the first lap in third before Els Visser (NED) overtook, quickly putting distance between them and eating into Buckingham and Perez Sala’s lead. Buckingham and Perez Sala arrived in T2 together but Perez Sala quickly put a few seconds in Buckingham that turned into minutes, eventually taking the win in 4:10:38, made even more poignant following her disappointing result at Clash Miami when was injured in a crash. Els Visser had a blistering run, coming off the bike 6:12 down on the leaders but by the last lap had caught Buckingham and took second place in 4:16:35 with Buckingham taking third in 4:16:55. 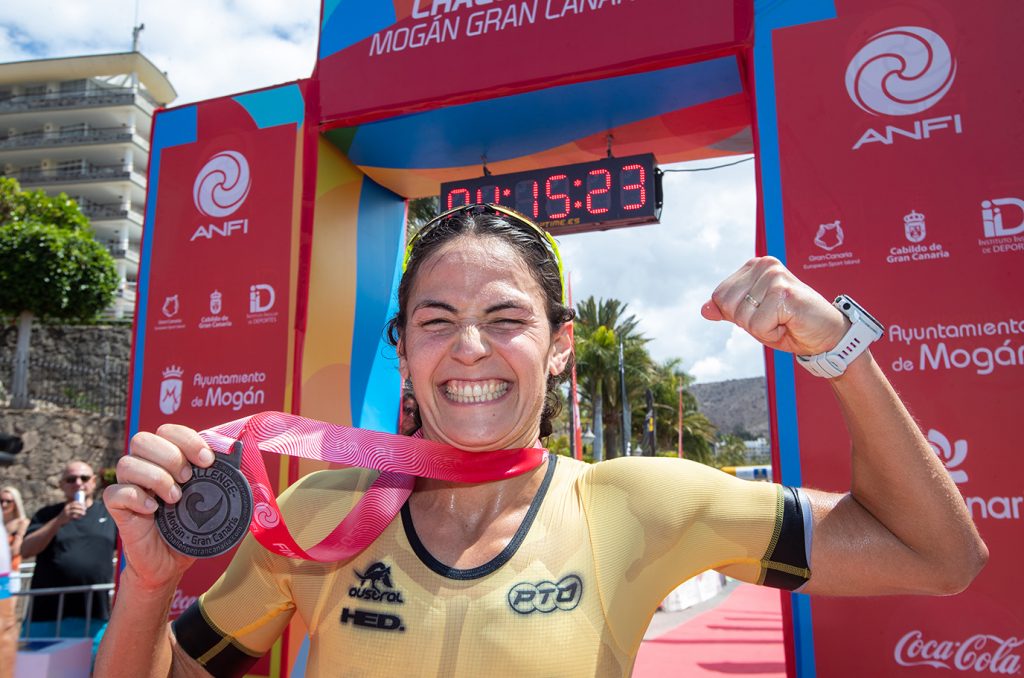 “I felt really good in the swim and the bike,” said Perez Sala. “Lucy and I took turns on the bike but we realised as we were coming towards the end of the race we hadn’t really pushed it as much as we could so we stepped up the pace. On the run, I didn’t realise the gap was as big as it was but I knew I was in first and I just kept pushing as I really wanted the win!”

Athletes from over 50 nations made their way to the island of Gran Canaria and the idyllic setting of Anfi del Mar for Anfi Challenge Mogán-Gran Canaria. For full results, visit https://www.toptime.es/results/anfi-challenge-mogan-tri-half-2022. For further information, visit www.challenge-grancanaria.com.