CHALLENGEHEILBRONN powered by Audi has announced some further optimizations for the coming edition, based on the athlete’s feedback. The biggest optimization is the new transition zone, which will be much broader than previous editions.

Event hosts Kai and Rik Sauser have again utilized the time after the anniversary race to go through feedbacks and ideas for improvement and to check where optimizations for the athletes can be applied. An often-mentioned wish was the broadening of the transition zone and it was possible to meet this requirement with a completely new transition zone: from now on, the transition from swim to bike and from bike to run will be held a bit upriver at the Franken Stadium. There is enough space for the individual transition space and more space for the ways in the transition zone.

To still keep the distances short, also the swim course was adapted. It will be swum downstream towards the Neckar Island, the previous swim exit, and then back towards the stadium. Thus, also the entry and the exit to swim will be new.

The courses of the other two disciplines biking and running, have only been optimized selectively but will by and large stay the same as in 2019. There will still be a 5 km round course for Sprint and Olympic Distance and a 7 km lap for Challenge Half.

„Each year we work on making the race even better, according to the CHALLENGEFAMILY claim ‘All about the athlete”, says Kai Sauser. “We are very pleased to finally be able to offer the athletes enough space with the new transition zone and to design their way with or without the bike as broad as necessary. Furthermore, we are happy that the Franken Stadium gives us some planning reliability for the next years.”

It’s less than half a year until the starting signal is given for the next hep CHALLENGEHEILBRONN powered by Audi on 21st of June 2020. More than 1,700 athletes have already decided for racing #intheheartofthecity and have registered.  Registrations for hep CHALLENGEHEILBRONN powered by Audi are possible until 15th of May 2020, subject to reaching the maximum number of participants.

Further information and online registration for the event are available at www.challenge-heilbronn.de. 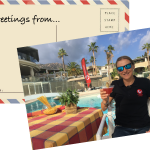 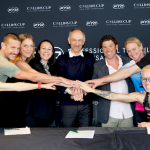 The Professional Triathletes Organisation and Challenge Family announce the inaugural Collins Cup hosted at X-BIONIC® SPHERE, Samorin, SlovakiaNews
We use cookies to ensure that we give you the best experience on our website. If you continue to use this site we will assume that you are happy with it.Ok