CHALLENGEFAMILY is expanding the CHALLENGEFAMILY World Bonus with even more races in 2019. With the start at the CHALLENGEASIA-PACIFIC CHAMPIONSHIP (Taiwan) in November last year professional Athletes can chase points in CHALLENGEFAMILY races all over the world. The earned points will once again count up in a final ranking at the end of the season with a total bonus prize purse of $150.000.

With the World Bonus, you saw the best professionals racing head-to-head in the CHALLENGEFAMILY races in 2018. Pieter Heemeryck finished 5th in last years ranking and is convinced, that the World Bonus Ranking brings even more excitement to triathlon racing: “The cool thing about the Challenge Family races is that they are very accessible for the whole family. Often there is a wide range such as running, kids race, aquabike, … making it fun for everybody. I already participated in some events a few times just because they are awesome. With the world bonus it’s even more attractive because there is now a battle for the top 5 places until the end of the season. Without any doubt I will try to go for the top-5 this year again!”.

Zibi Szlufcik, CEO of CHALLENGEFAMILY, is also looking forward to the 2019 season and expecting more exciting battles for the top spots:
“At CHALLENGEFAMILY, we strongly believe that the professional Athletes are the greatest ambassadors of our wonderful sport of Triathlon and are critical pillar of the global development. We have seen amazing racing and brilliant winners in the CHALLENGEFAMILY World Bonus Ranking the last two years, having the greatest names battling for the points. Sebastian Kienle, Pablo Dapena, Yvonne van Vlerken got the biggest prize purse reflecting their outstanding performance over the year 2018. We are happy to extend this to a world wide ranking in 2019 again with more CHALLENGEFAMILY Races included and we are remaining committed to the Pro Athletes”.

The races to be additionally added to the ranking in the 2019 season are CHALLENGECANCUN, CHALLENGEGUNSAN-SAEMANGEUM and CHALLENGEHONG KONG.

The total prize purse $150.000 for the worldwide ranking will pay 5 deep for both male and female athletes. The overall winners will take home $30.000. Second place will earn $20.000, third and fourth place $14.000 and $8.000 consecutively and fifth place winner will pocket $3.000. In the event of a tie, the prize money will be averaged between the two athletes and corresponding places.

The points system that leads to the final ranking will remain the same as last year’s ranking. This is based on points earned by the athlete’s six best CHALLENGEFAMILY race results of the season, of which no more than two can be long distance races, which earn double points.
The CHALLENGEFAMILY World Bonus has started with CHALLENGEASIA-PACIFIC CHAMPIONSHIP (Taiwan) on 18th of November 2018 and ends with CHALLENGEDAYTONA on 15th of December 2019.

Current Standings of the women´s after CHALLENGEDAYTONA:

Current Standings of the men´s after CHALLENGEDAYTONA: 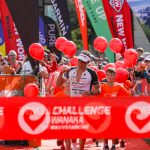 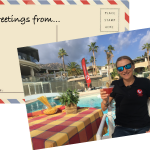 Postcard from Sid – Kia Ora! Greetings from Wanaka, New Zealand.Ambassadors, News
We use cookies to ensure that we give you the best experience on our website. If you continue to use this site we will assume that you are happy with it.Ok