It was quite cold, the wind was blowing strong and the course was tough: all this made the first edition of Challenge Wales heroic and immediately a race to remember. The victory went to the Australian Aaron Royle and British Lucy Byram.

The start of Challenge Wales was at 11:00 CEST and in the men’s race it was immediately Aaron Royle, Thomas Bishop and Joshua Lewis who led the swim thanks to a high pace. After just under a kilometer, the three men already took the lead as they briefly landed before beginning their second and final swim loop and that situation was still unchanged after 1.9 kilometers.

On the bike, the three leading athletes – even though the course was technical and tough thanks to the wind and many altitude meters – stayed together and for a long time they held a lead of about a minute on a larger group of chasers. In the closing stages, however, those chasers managed to close the gap and so a leading group of eight athletes returned to T2 almost simultaneously. 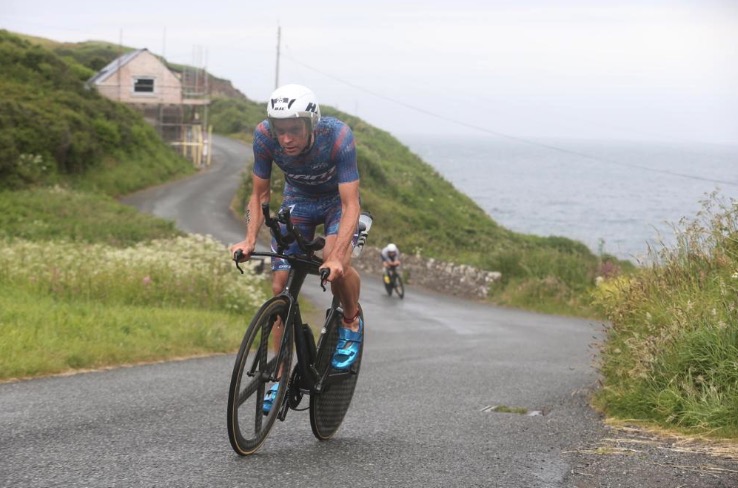 Despite some position changes in the beginning of the run, it was Royle – who had to serve a short penalty because he got off his bike too late and thus crossed the mount line – who clearly had the strongest running legs. He took the lead well before the finish and continued to run solo. He therefore won the race after 3:51:48. In the closing stages of the race, a lot of things changed behind the leader and it was Jack Hutchens and Harry Palmer who passed everyone just before they hit the red carpet. Together they had to sprint for second place and it was Hutchens who – 46 seconds after Royle – claimed the second spot. Palmer finished third two seconds later. 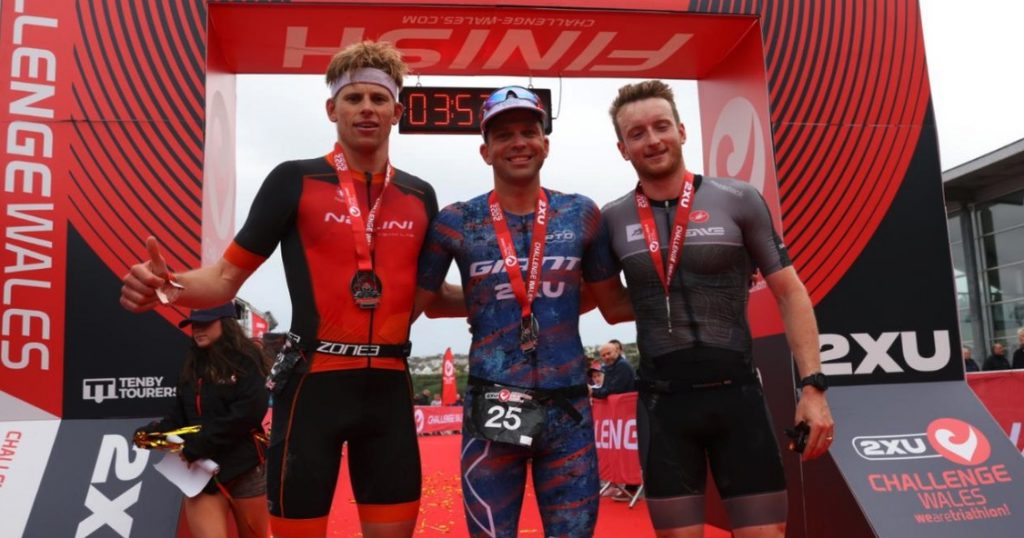 In the women’s race, something remarkable happened; a number of professional athletes did not have a very successful day and so it happened that no less than two Age Group athletes were on the overall podium: Megan McDonald and Laura Addie. For them it was an unforgettable day and an honor to step on the podium for sure. However, they had to acknowledge their superiority to the British Lucy Byram, who did have a great day and claimed the Challenge Wales victory in 4:26:59. Addie came in second (+10:15) and McDonald third (+14:09). 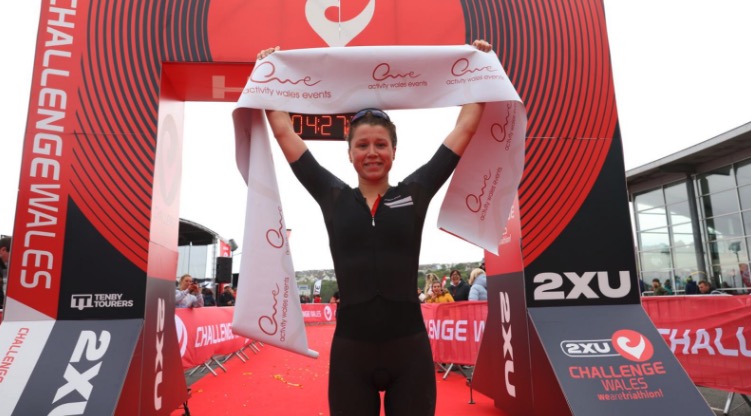